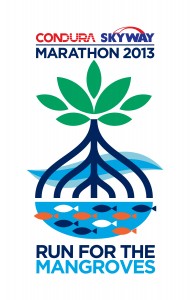 The 6th edition of the Condura Skyway Marathon on February 3, 2013 adds four charities, including ICanServe Foundation, to its list of partners.

Tagged as Run for the Mangroves in honor of its main beneficiary, Philippine Tropical Forest Conservation Foundation (PTFCF), the Condura Skyway Marathon raised over half a million pesos in 2012 to fund the planting of 50,000 mangrove seedlings in Zamboanga Sibugay. PTFCF provides grants for projects that conserve, maintain and restore tropical forests in the Philippines.

Condura Skyway Marathon 2013 project manager Von San Juan said the enormous public support for the event since 2008 encouraged organizers to tap charities that can benefit from the marathon’s popularity to raise funds for their advocacies.

Aside from ICanServe Foundation, also making the list of partner-charities are Bikes for the Philippines, Liter of Light and Hero Foundation.

According to San Juan, the marathon, with some 13,000 expected participants, provides its partner-charities with the potential to reach almost 20,000 people to promote their cause, increase awareness and possibly, obtain financial donations or other forms of support for their projects.

Condura Skyway Marathon will provide each charity with booth space (10 feet x 10 feet) at the event and five registration kits for their respective running ambassadors or advocates, who may then enlist supporters to donate to the charity for every kilometer finished or as a time bonus.