A supporter of ICanServe Foundation since 2011, Kaya FC debuted their pink laces in a match against Manila All-Japan on October 17 in Group B at the United Football League (UFL). They will wear pink laces again on October 23 against Cimarron FC. 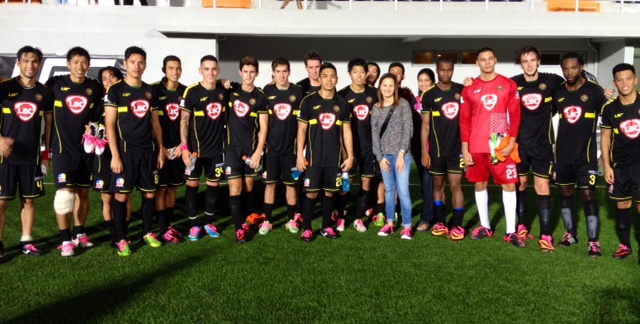 On October 26, Loyola Meralco Sparks and Kaya FC hold a joint clinic before an exhibition match against 111 kids at the Emperador Stadium. Children from UFL Club academies, Gawad Kalinga and Payatas FC will participate.