The Capitol Medical Center (CMC) Radiology Department turned over a donation to ICANSERVE Foundation on November 11, 2014.

ICANSERVE Foundation was the beneficiary of the 2014 CMC Radiology Mammo-Run, held on October 12 at the University of the Philippines Diliman campus.

Gutierrez gave Dr. Santi and Dr. Gina Macaraeg a letter of appreciation to thank the CMC Radiology for joining the ICANSERVE community of breast cancer survivors, supporters, advocates, partners and friends. CMC Radiology first chose ICANSERVE as beneficiary for its Mammo-Run in 2013.

“ICANSERVE recognizes your invaluable contribution to the campaign to save lives and keep families whole, through the early detection of breast cancer,” said the letter signed by Chua. 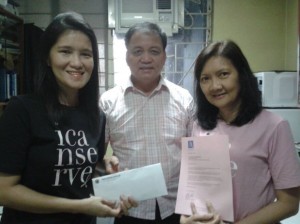 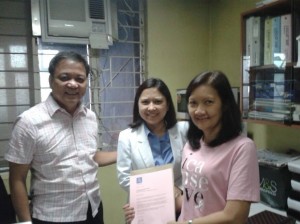